“For me painting is an unfathomable process of the heart and I trust my intuition to lift me to where logic can’t go.” – Warwick Fuller

This “process of the heart” has lifted Warwick Fuller to career high after career high with seemingly unstoppable momentum. Now a full-time plein-air painter for over 40 years, with more than sixty solo exhibitions and countless awards and accolades to his name, his work is in high demand, and from an uncommonly large and varied demographic. He can count among his supporters His Royal Highness the Prince of Wales and Her Royal Highness the Duchess of Cornwall, for whom he recently served as Official Tour Artist for not the first, but the third, time.

Fuller’s 2018 exhibition at Lost Bear Gallery includes works painted during the Royal Tour of Australia, which began at the 2018 Commonwealth Games on the Gold Coast, then continued north, including Cairns and Arnhem Land, before finishing in Darwin. This is a job with perks: open-door helicopter rides, tours of environmental initiatives and a traditional welcome to country by local Yolngu leaders. Four of Fuller’s paintings from this year’s tour were acquired by the Royal couple, bringing the total of their collection to fourteen. The Northern Territory Government House also acquired one work painted on site. 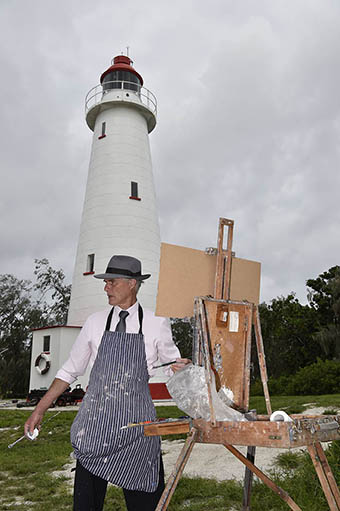 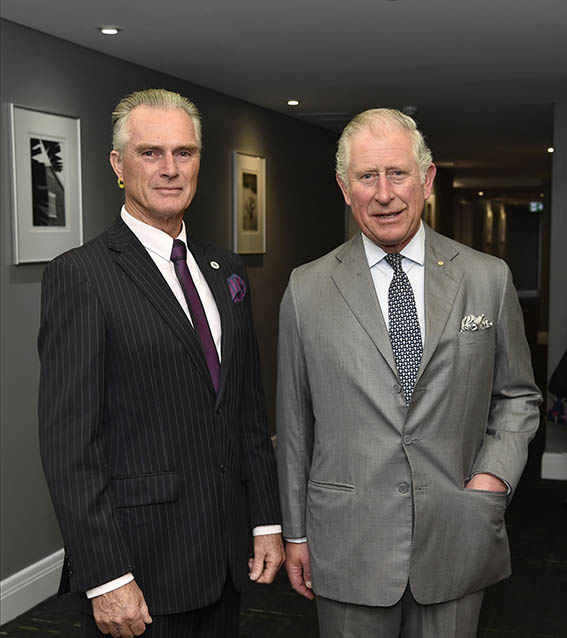 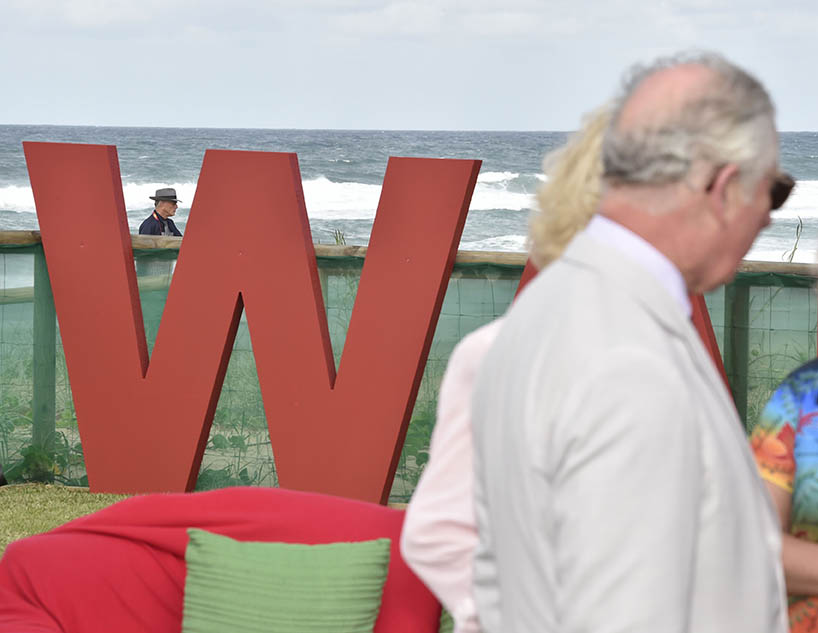 “The real essence of what I’m trying to create in my paintings is trying to interpret what I see and paint my emotional responses to that. It’s more than just getting the right colours and tone. It’s the light that inspires me.’’

Fuller was the official tour artist for the Royal couple, as he was during their 2012 tour.

A dozen works he painted during the tour will be exhibited at Lost Bear Gallery from February 1 to 15. The non-commercial exhibition will be an opportunity for art lovers to view Fuller’s paintings before they leave Australia.

The works depict scenes captured by Fuller when the Royal couple visited Tanunda near Adelaide, the national War Memorial in Canberra for the Remembrance Day ceremony and Sydney, where Fuller painted the world-famous Sydney Harbour featuring the Harbour Bridge and Sydney Opera House as seen from Admiralty House.

An accomplished watercolourist himself, The Prince often chooses an artist to join him on tours as a way of supporting the arts and in appreciation of the unique perspective that an artist can provide.

Fuller said he was free to paint the subjects and in the style he wanted.

“There was no expectation. His Royal Highness asked me to go on tour with him because he liked my work and knew what I painted, and that’s the last thing he asked.’’

While he only had two opportunities to talk with the Prince, the second occasion at Admiralty House in Sydney was a lengthy 15 minutes, during which Prince Charles talked about artist Edward Seago, who he met as a child and who toured with his father the Duke of Edinburgh to Antarctica on the Britannia.

The pair were then joined by the Duchess and chatted for a further 10 minutes about Fuller’s artworks he had produced during the tour.

While the Prince will formally exercise his right to first option to the paintings, the Royal couple has already expressed interest in several.

“He was very enthusiastic about the work,’’ Fuller said.

Paintings acquired by the Prince will become part of the Royal Collection when he ascends the throne. Fuller will also gift Prince Charles a work.

Artworks produced during the Royal tour will form the special exhibition at Lost Bear Gallery, along with several larger works developed from smaller studies painted on tour.  lostbeargallery.com.au. 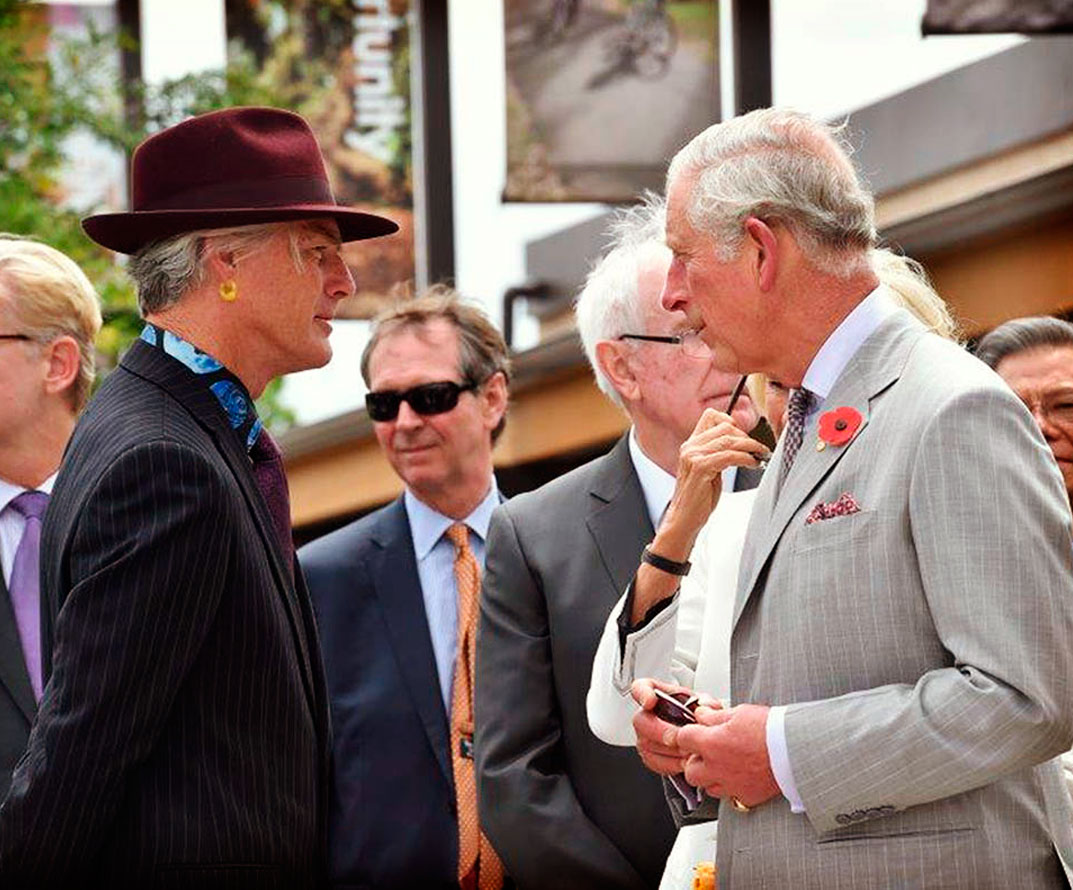 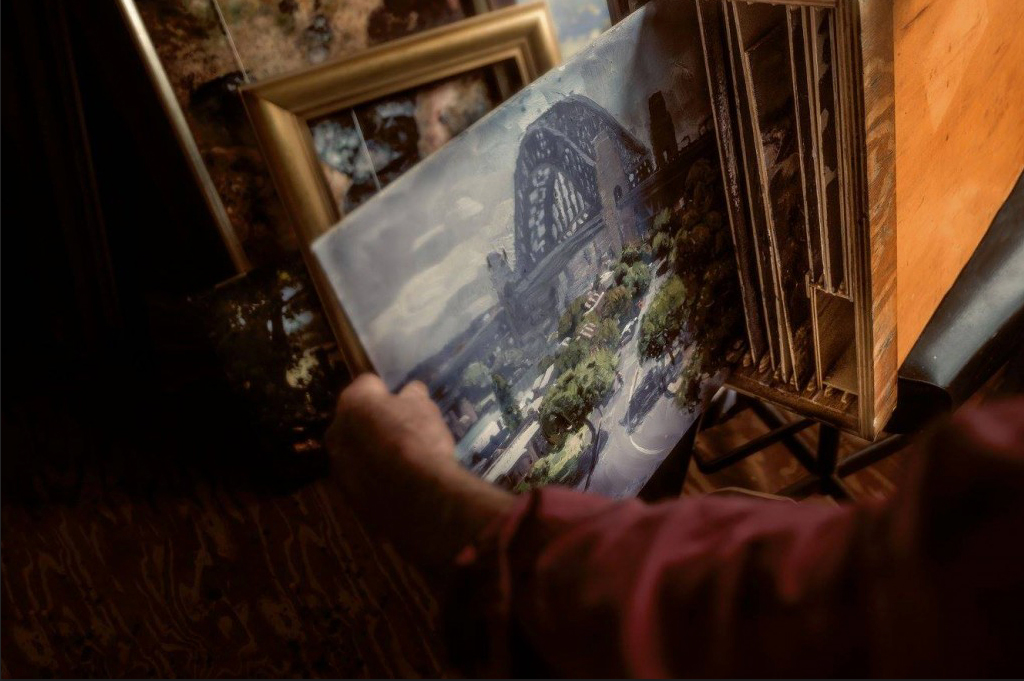 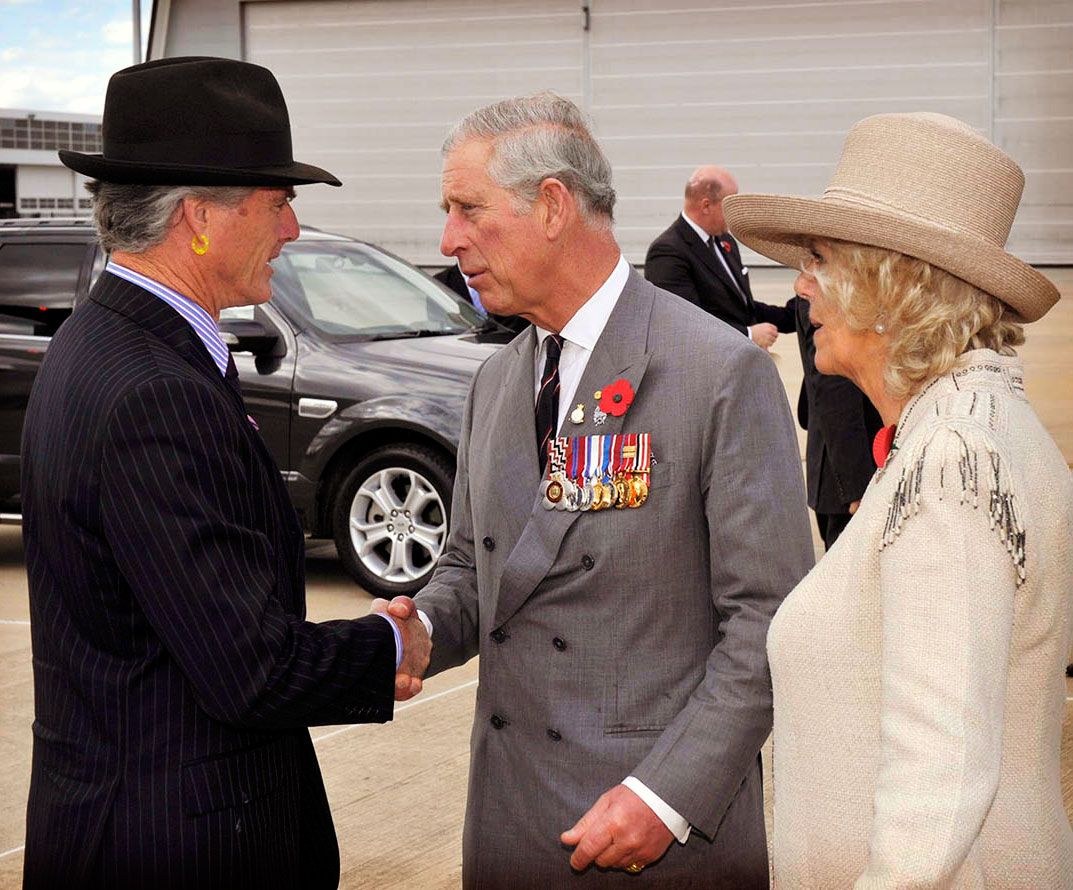 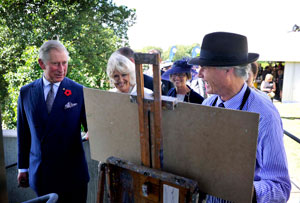 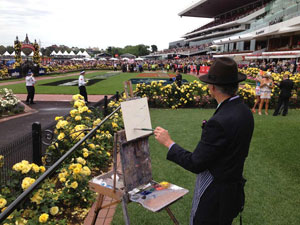 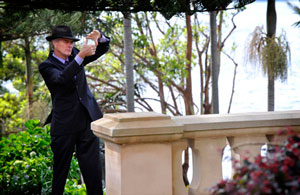 Warwick Fuller, a Blue Mountains-based artist, has had an impressive career. With over sixty solo exhibitions in Australia and internationally, career highlights have assuredly been numerous. Yet his recent week painting as Official Tour Artist for His Royal Highness The Prince of Wales and Her Royal Highness The Duchess of Cornwall, during their tour of Australia, would doubtless rank foremost among them.

The Prince of Wales became familiar with Fuller’s work through his London gallery, Panter and Hall, who were contacted by Clarence House back in July. Fuller says, “I was completely overwhelmed when I learnt of the surprising request from The Prince of Wales”. A watercolourist himself, the Prince has a policy of choosing an artist to accompany him on tours, appreciating the unique interpretation that an artist can give to the documentation of the tour, and as a way of supporting the arts. Paintings from the tour that are acquired by the Prince of Wales will become part of the Royal Collection when he ascends the throne.

Fuller describes the whirlwind tour as being orchestrated “at a relentless pace, with military precision, planning and timing”, something that is most likely unfamiliar to an artistic temperament. Additional challenges included weather, which at Bondi Icebergs saw an uncharacteristic and sudden deluge ruin a work in progress. Yet he managed to finish with nine paintings, together with a number of sketches.

The tour gave Fuller a unique opportunity to experience places and events usually inaccessible: rarely seen paintings by Roberts, Streeton and Ashton at the Sydney and Melbourne government houses, reminiscing with Prince Charles over memories of trout fishing in the Howqua River and camping and painting in Victoria, and enviable access to the private member’s stand at Melbourne Cup. He fondly recalls painting beside the Flemington racetrack-mounting yard, in a “halo of space and quiet” in the otherwise clamorous throng of people as the Melbourne Cup race commenced.

It was by no means surprising that the Prince should choose Fuller as his Australian tour artist. Fuller’s artworks timelessly and majestically capture the atmosphere of the Australian landscape. His paintings are not a record of its existence, they are a hymn to it, and as such he is able to make evident to all the beauty and nuances that many overlook; and yet his paintings go further; he imbues nature with something more: to borrow from Edward Bulwer-Lytton, “the mind and soul of man”.

During the tour, Fuller was filmed painting at Penfolds Winery and interviewed with the intention of his inclusion in a documentary being made on artists of the Royal family. The documentary will air on British television next year.

During the tour, Fuller was filmed painting at Penfolds Winery and interviewed with the intention of his inclusion in a documentary being made on artists of the Royal family. The documentary will air on British television next year.

In summing up his experience, Fuller enthuses, “This amazing honour has been a career highlight, one I’ll savour when chasing the elusive light of the Australian landscape”.

Watch a short video by Prime7 about Warwick and the Tour

“I was the official tour artist with His Royal Highness The Prince of Wales and Her Royal Highness The Duchess of Cornwall, during their recent tour of Australia.   The Prince of Wales was introduced to my work through Panter and Hall Gallery, London, who represent me in the United Kingdom. A successful exhibition earlier this year was my seventh one-man show with them.

“It has been a policy of Prince Charles to take an artist on tour as he is a watercolourist himself and understands the difference between the cold hard facts of a photograph and an interpretation through the eyes of an artist. Paintings from these tours may become part of The Prince’s collection, ultimately entering the Royal Collection.

“It was a whirlwind tour moving at a relentless pace, with military precision, planning and timing. I was able to paint at locations planned ahead of time and fortunately, mostly found good subject material.

“On a showery day at a sheep stud out of Hobart I only just won a race by seconds against a great pelting storm.

“At the Icebergs Club at Bondi, Sydney, a monstrous deluge beat me!  I was drenched through with an unsalvageable painting roughed up by the sudden driving rain.   Magic moments came along at Yarralumla ACT. While a garden party and ceremony was taking place just over the hedge, I stood on the shore of Lake Burley Griffin with reflected billowing sky and gentle breeze, to the strains of Advance Australia Fair.

“Whilst I painted in the vicinity of the formal Diamond Jubilee receptions, greetings and ceremonies, out of the ‘range of distraction’, on the breeze I heard performances of Gurrimul Yunupingu, various military bands and chatter with Governor-Generals, Governors, Premiers and other dignitaries.

“Flying from Melbourne to Adelaide, to Hobart, to Sydney, to Canberra on a RAAF B737 plane, painting whenever I could on the many short stops, I finished the tour with nine paintings, some pencil sketches, and an arrangement to go back to Admiralty house and Garden Island!

“My big moments to remember were: